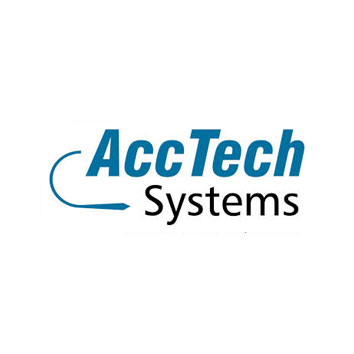 Founded in 1994, AccTech Systems built their way toward major accomplishments like 2014 Microsoft South Africa Country Partner of the Year and 2015 Microsoft European Industry Partner Program: Retail. Their most brilliant characteristic to us, though, is their status as a Tier 2 Cloud Solution Provider – an indirect CSP.

One may argue that a Tier 2 CSP is already on the back foot when it comes to the sales channel, but the sheer magnitude of opportunities that lurk in collaborative efforts are astounding and AccTech have our utmost respect for taking the path less travelled. There’s no doubt that their challenges in business have sparked some serious innovation in the Cloud, exemplifying how even the smallest operational solutions can help pierce glass ceilings at the top-most levels of an organisation.

Because of the natural complexity of being a Tier 2 CSP, the directly proportional effects on administration were certainly being noticed. A steep climb in the amount of paperwork and Service Level Agreements (SLAs) being passed in all directions caused the pressure to mount on the shoulders of AccTech’s team members. More people spent more time covering more tasks which led to a convolution of roles and responsibilities and this eventually meant that paying out commissions and managing margins became a stronger business pain.

It’s at that level that one arrives at the staggering realisation that the overall success of a massive sales channel, albeit overflowing with potential revenue streams, is a mammoth task. There are just too many elements to take care of and without hiring more people to stay on top of things, it seemed like scaling up the business was going to be a dream that faded into dust. That’s when GlobillCSP came charging in like a knight in shining armour – sorry to use the cliché, but let’s be honest that working with an award-winning vendor has got to feel pretty damned exhilarating!

GlobillCSP had all of the functionality that AccTech required to gain total control of their existing and future situations.

Being able to create and manage a lead, a quote, a customer or an order in just a few clicks took away the mountains of mundane administrative tasks, weighing AccTech down. Having a singular need for data capture stripped away the fear of potential errors and fraud and freed up teams to tackle bigger problems.

Being able to create and manage user accounts with role-based access means that individual team members can channel their energy into doing what they’re each passionate about along the customer lifecycle – total control of cross-functional training and no more confusion. AccTech gained clarity and purpose for every person on their payroll – a massive way to enhance productivity and free up time and resources to get those complex commissions calculations spot on.

With the power to configure probation periods and rule-based commissions per sales representative or user, per dealer or reseller, confusion and stress were history. AccTech could create an incentive scheme and align it with commissions within an hour, whereas this previously would have taken a minimum of half a day. They could build commissions based on the sale of specific packages, products and/or services, consumption metrics and even enjoy automated calculations. Every barrier surrounding commissions management had been obliterated.

When your sales channel is as daunting as AccTech’s, there is no possible way to thrive without GlobillDMS. Extending all of the GlobillCSP product capabilities outward toward dealers and resellers became a major drawcard in itself for the AccTech team: they were attracting sales partners because they could guarantee accurate and timely systems for managing customers from one end of the operation to the other. Knowing that dealers could focus on their respective customers and pinpoint customer, note and ticketing history without breaking a sweat meant no more time was wasted on manual communications or double and triple checks – the system was completely reliable and it worked.

Empowering CSPs is our passion. It drives the work we do every day and it’s exactly what AccTech Systems received from us: a partnership that distilled the many elements of their Tier 2 CSP model and offered adaptive competitive advantage which freed up time and resources. Scaling up without adding to operational costs is now a feasible reality and we’re beyond thrilled to see the results of our work together.

AccTech have moved through every phase of preparation for launch and are going live with GlobillCSP in June 2018. Following on from the immensely positive feedback during soft launch and training, we hope to share their progress with you in the coming months.

For a closer look at the benefits of GlobillCSP, book a personalised demonstration with one of our global teams.