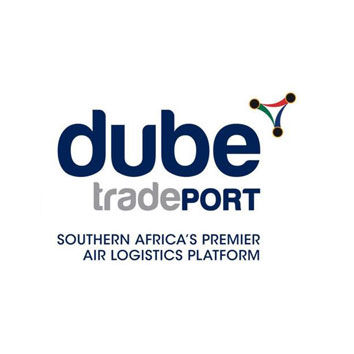 Based on the northern coast of Durban, KwaZulu-Natal, Dube Tradeport (Dube) is an expanding hub, housing a wide variety of platforms with a vision to strengthen both provincial and national economies. With strong export focus, Dube applies holistic thinking principles to its operation. Comfortably situated right next to the King Shaka International Airport, Dube Tradeport is in a prime position to flourish through each of its projects: Dube City, Dube TradeZone, Dube Cargo Terminal, Dube Agrizone and Dube iConnect.

Dube iConnect is where GlobillCSP plays the greatest role, particularly because of Dube’s incorporation of both Cisco’s UCS blade architecture and EMC storage. One of the complex challenges facing the Dube team was the mere fact that they offered such a diverse array of products and services. Dube is known for offering telecommunications, voice and broadband ICT services which are not easy to bundle together if working with manual processes and multiple platforms.

The small but very powerful team were being stretched thin. In order to meet their billing timelines, they realised that the Sales representatives were being roped into Administration, IT managers were overwhelmed by the demand being placed on them as the overall customer base grew and roles became blurred so, naturally, clear and concise communication between the departments became increasingly difficult to manage.

From the outset, we knew how we could help, and the Dube team were ecstatic to be provided with a functional solution that also didn’t break the bank. In order to grow their business effectively and efficiently, they required more than a solution. Dube needed a partner they could trust and rely on to support them through the process of becoming a world-class establishment.

Relying on the Astel team to help solve a few key issues, Dube accepted GlobillCSP as an application suite, which includes a master Globill system, a Dealer Management System (DMS), a customer self-service portal (SSP) which includes a storefront and an IT management system. In addition to this standard package Dube required a more powerful way to manage customer queries – enter Astel’s installation and incident management system (IMS).

Two major factors which were used to measure the success of project implementation were time and clarity. Astel’s intervention had to provide a sizeable increase in operational efficiency and help Dube’s departments return to normality. Two of the key features within GlobillCSP that helped Dube achieve success on both fronts were the role-based access control configuration and the ability to designate tasks, orders, notes and tickets among internal system users. Additionally, automated provisioning and billing features removed the need for employing more people and helped Dube keep costs to only essential figures. Due to the nature of Dube’s business, it was commonplace to find instances in which billing data could not be captured in real-time. This was a pain-point for the billing manager as he had to ensure the billing function was synchronized based on deliverables from operations. While real-time capture is always preferred, Globill enabled Dube to overcome this by catering for back-dated billing.

GlobillCSP’s service catalogue, with built-in bundling functionality, opened new sales avenues for the Dube team. Being able to combine different technologies, products and services together in just a few clicks inspired the team to surge ahead and increase their client base and revenue significantly, without needing to outlay more money for additional resources. As if it were a cherry on top, the built-in discounts feature helped Dube’s sales team channel all their energy into closing deals that worked for both their business and their clients.